Humility – Without some degree of humility no alcoholic can stay sober at all…nor match calamity with serenity.

Step 7 – Humbly asked him to remove all our shortcomings.

I used to think that if I didn’t manage and take care of my problems, who would?I now know that I am the worst person for problem management.

The key principle to Step 7 is humility. Without a certain degree of humility no alcoholic will stay sober. Greater humility is the foundation of each of the 12 Steps.

Humility is one of the most misunderstood words by mankind. The New oxford American Dictionary’s definition of Humility is – A modest or low view of one’s own importance; Humbleness.

Most addicts develop an exaggerated sense of self-importance  – we have to, who else is going to attached importance to us whilst we are in the depths of self-loathing and low self-esteem. This false sense of self importance must be crushed if we are to achieve any level of success in life, let alone stay sober or clean.

As far as achieving humility in my own life goes, my personal philosophy is “I know that I don’t know”.

The greatest noose around anyone’s neck is what they think they know will happen next in their lives. My motto is “life doesn’t happen to you, it happens for you”.

It would be arrogant for me to assume that I will even be alive in 30 minutes. It is a false assumption to believe you know what is going to happen next in your life and the reason why it has happened. Let me elaborate: 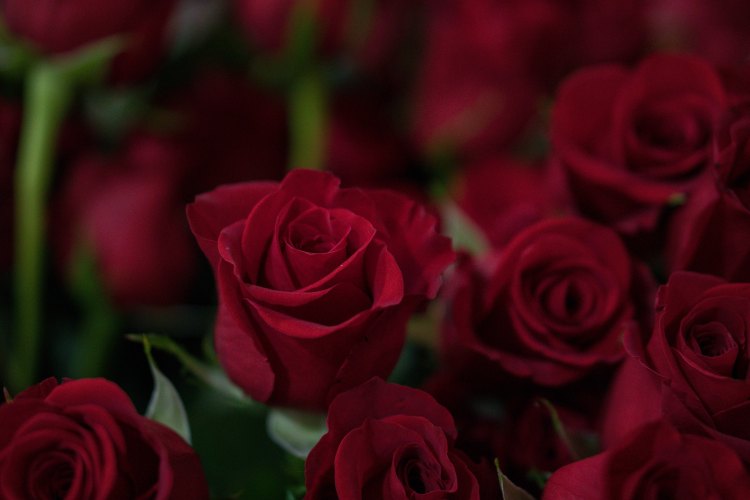 The Sweet Scent Of Humility

There is a wonderfully simple story from ancient times about a little Chinese farmer and his son. This farmer and his son cultivated a few acres of land which belonged to the Emperor. Their only asset that they owned was a horse they used to plow their fields. They would sow, plant and half of their crop would be paid to the Emperor as rent every month. The other half of their crop kept them alive. One day their horse disappeared and didn’t return home. It was a devastating blow to the Father and son as this was their only asset, and without the horse they had no chance to carry on farming. Their friends from neighboring farms around heard the news and came to the farm to console the father and offer their help. The little farmer replied to their condolences by saying ‘I don’t know if losing my horse is a good thing or a bad thing?” his friends were very confused at this statement, told him they thought he was crazy and left him to sort out his own issues. Three days later the farmer’s horse returned with a large herd of stunning wild horses. Suddenly this poor little farmer was rich in asset wealth and could plow his fields to his heart’s content. His friends rushed over to congratulate him at his good fortune and the little farmers reply to their compliments was “I don’t know if having all these wild horses is a good thing or a bad thing?” His friends were now totally fed up with the farmers nonsense, told him he was crazy and had no sense of gratitude or understanding of how good he had it now and they left him for good this time. A week later his son was thrown from one of the wild horses whilst trying to break it in, and was badly injured breaking his leg and arm. This was devastating to the farmer as the son did 50% of the work and without him for a few months they would battle to live off the land.

This time the neighbors decided that despite the farmers ridiculous attitude they would go and offer their condolences for the tragic accident and see where they could help. When they offered their sympathies to the farmer he replied by saying “I don’t know if my son’s injuries are a good thing or a bad thing?” To this his friends unleashed on the farmer of how disgraceful his attitude to his poor son was and how belligerent and stupid he was for making such a callous statement and they left him for good this time vowing never to return.

Three weeks later the Red Army marched through the whole valley of the Emperor’s farm lands to forcefully recruit every single young man in the land to go fight a battle that none of them would survive. The army didn’t want the little farmers son because of his injuries and disabilities. Therefore the farmers son stayed behind and lived whilst all the son’s of his friends went off to war to die.

The most precious asset that the little farmer owned was his humility to understand the one fundamental fact of life which can save lives “I know that I don’t know!”

If I understand the principle of humility and why it is so essential to life, sobriety and happiness, then surely I will have absolutely no problem with the God of my understanding coming in and sweeping me clean of all my defects of character.

When things happen in my life that I perceive to be bad, my immediate thought is  “I don’t know if this is a good thing or a bad thing” and I leave it at that. No more noise in my head or raging debate during my mental committee meeting which used dominate my mind in times of crisis.

The Wreckage Of The Past Left Well Behind

Surely the action of humility in itself is the mine sweeper of all our wrong doings, God is the one who directs the sweeping from now on. My job is to just chop wood and carry water while God controls the direction and outcome of my life.

When we are ready to humbly ask him to remove our defects of character we say something like this:

My creator I am now willing that you should have all of me, good and bad. I pray that you now remove from me every single defect of character which stands in the way of my usefulness to you and my fellows. Grant me strength, as I go out from here to do your bidding. Amen.

We have then completed Step Seven.

I have had times of happiness and abundance in my life, but they are always fleeting. That feeling of happiness is never permanent, it comes and goes. Abundance may not last, here today, gone tomorrow. But there is something special about usefulness, it changes your relationship with the universe. It seems to make everything just right. Usefulness to others gives us a God-confidence that is unshakable. It gives us firm and sure direction whilst navigating the mine field of life. Usefulness to others reverse engineers my mental blockage of my life always being all about me, to my life always being about serving others.

The blockages that I have discovered in my Step 4 inventory had always blocked my usefulness to God and other people. For usefulness to occur my life, I had to surrender to the FACT that I was incapable of giving these blockages up. I had to ask God to now come in and do the plumbing job for me. Asking and allowing God to remove everything good and bad that stands in my way of usefulness to others, is the ultimate freedom from te bondage of myself.

I came to realize that I had been divinely crafted by my own pain, misery, suffering, and mistakes to be uniquely useful to the person who suffers like I once did. I can do what a doctor or therapist cannot do, and that is to go experiencially into that place where I get that persons pain, that person who no one else could help, I get their pain, suffering and fear because I have been there and found a way out. That is being of maximum use to others and forming a life around it. 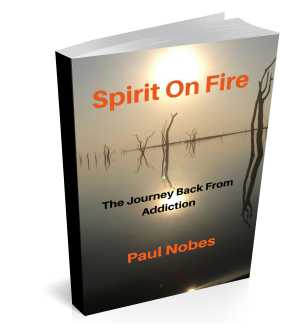